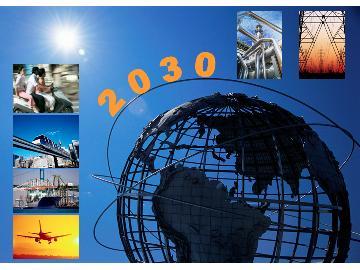 The iTREN-2030 project was funded by the European Commission (DG Mobility Transport) under the 6th RTD Programme.

The basic objective of iTREN-2030 was the extension of the forecasting and assessment capabilities of TRANS-TOOLS – which is the European Commission’s accepted tool for transport network analysis – to the new policy issues of technology, environment and energy.

The extension was based on experiences from other projects such as TRIAS, TREMOVE II, REFIT and WORLDNET. By a partial interconnection of the TREMOVE, POLES and ASTRA models with TRANS-TOOLS. A coherent baseline for technology, transport, energy, environment and economic development could be developed by the year 2030. Apart from the baseline scenario, an alternative scenario was evaluated, taking into account the impacts of the financial crisis.

IWW's main tasks were the adjustment of the passenger O/D matrix to a new base year and a new zoning system, the computation of passenger demand forecasts, the development of transport infrastructure scenarios until 2030, the assignment of rail and road passenger and freight flows, as well as contributions for the elaboration of assumptions on key trends of transport policies until 2030. Furthermore, IWW contributed to recommendations given on the development of the passenger demand and assignment module of  TRANS-TOOLS model version v2.

Available under this link